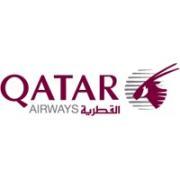 Qatar Airways is rapidly becoming the preferred airline for travel between Singapore and Europe and will be further expanding their network in 2011 with service to 4 more major European cities – Bucharest, Budapest, Brussels, and Stuttgart. Promotional fares for these new destinations start from SGD1,110 (USD850) for roundtrip travel.

Service to Stuttgart, Qatar Airways’ fourth destination in Germany, will start on March 6, 2011. The current roundtrip fare is SGD1,185 (USD906).

Quoted prices are for roundtrip travel in economy class inclusive of all taxes and surcharges. They are non-refundable “Economy Restricted” fares and fees will apply for any changes. The promotional fares to Europe are valid until March 31, 2011, subject to availability.

Qatar Airways is known as “the world’s 5-star airline” for its excellent service and in-flight amenities.  Their other European destinations include London, Paris, Frankfurt, Geneva, Stockholm, Athens, and Moscow.