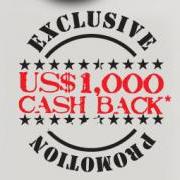 Three Accor hotels in Singapore are offering an exclusive promotion where guests stand to win up to USD1,000 in a lucky draw as a refund for their hotel stay, whichever amount is lower. The refund amount only covers the room and excludes other charges such as food and beverage, laundry and telephone. The refund will be credited back to the winner’s credit card or via telegraphic transmission. There will be one winner each month, starting from August 2010 till February 2011.

The three hotels participating in the promotion are Novotel Singapore Clarke Quay, ibis Singapore on Bencoolen and Grand Mercure Roxy Hotel. The promotion is available for booking from now until 30 November 2010, with a stay period till 28 February 2011. Other than the chance to participate in the lucky draw, the promotion also includes buffet breakfast for two persons, Internet access, a city tour and discounts on tickets to attractions. Guests who book by 15 September 2010 will receive complimentary breakfast for the third guest. This benefit is not available for ibis Singapore on Bencoolen.

The city tour is on board a Hop-on Hop-off Open-Top Bus that will visit tourist sites such as Chinatown, Orchard Road, Clarke Quay and the Esplanade, among others. Attractions that guests will receive discounted tickets to are Universal Studios Singapore, Singapore Flyer, Singapore Zoo, Night Safari and Jurong BirdPark.

To book or find out more about the terms and conditions of this promotion, visit this website. 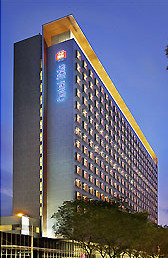